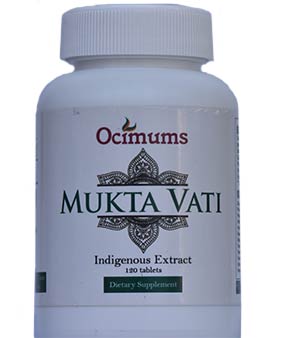 Dosage form: Tablets of 200 mg each

Let’s understand each of the ingredients better.

Withania somnifera
It is commonly known as Aswagandha. It is a small perennial herb of the solanaceae family growing in temperate climatic zones. The species name somnifera means “sleep inducing” owing to the tranquilizing action of members of this species.

Biochemistry
The chief chemical constituents are alkaloids and steroidal lactones. These include tropine and cuscohygrine. The leaves contain the steroidal lactones, withanolides, notably withaferin A, which was the first to be isolated from the plant. Tropine is a derivative of tropane containing a hydroxyl group at third carbon. It is also called 3-tropanol. Benzatropine and etybenzatropine are derivatives of tropine. It is also a building block of atropine, an anticholinergic drug prototypical of the muscarinic antagonist class. Cuscohygrine is a pyrrolidine alkaloid found in coca.There are also alkaloids ashwagandhine, ashwaganidhine, and somniferine, all of which have been identified exclusively in the ashwagandha plant.Owing to the action of these chemicals Aswagandha is known to have anti-hypertensive, hypolipidaemic, hypoglycemic and tranquilizer effect. Ashwagandha is a very good anti oxidant and acts as a cardiac tonic. It improves strength of cardiac muscles.

Biochemistry
Isoprenoid monoterpens, acyclic linalool, geraniol, nerol, citronellol, homotrienol and monocyclic α-terpineol as glycosides. Carotenoids accumulate in ripening grape berries. Oxidation of carotenoids produces volatile fragments, C13-norisoprenoids. Odoriferous compounds, such as β-ionone, damascenone, β-damascone and β-ionol. Tetrahydro-carbolines are indole alkaloids occurring in grape to a low amount and contributing to its antioxidant power. Melatonin, an alkaloid, has been identified in grape. Besides phenolics, stilbenoids and anthocyanins are also found in different varieties of grapes. Catechin, Epicatechin, B- Sitosterol, Ergosterol and Jasmonic acid are also seen. Resveratrol – a type of phenol, found in grapes has some evidence against heart diseases and cancer.As per Ayurveda, Vitis vinifera effects the following:

Biochemistry
Stem bark of the plant contains triterpinoidal fatty acid esters, Holoptelin A and B, B- sitosterol, friedelin and epi- friedelinol. The leaves contain Hexacosanol and B- amyrin. The seeds contain yellow colored oil in it.

Terminalia arjuna
The arjuna is about 20–25 metres tall; usually has a buttressed trunk, and forms a wide canopy at the crown, from which branches drop downwards. It has oblong, conical leaves which are green on the top and brown below; smooth, grey bark; it has pale yellow flowers which appear between March and June; its glabrous, 2.5 to 5 cm fibrous woody fruit, divided into five wings, appears between September and November.

Shanka Bhasma
It is prepared by burning conch shell in the absence of air. First the conch shell is grinded along with rosewater into a fine paste and made into small discs and dried in shade. These are further burned after enclosing in earthen plates and sealed airtight using clay.The Conch Calx so obtained is called Shanka Bhasma.

Rauwolfia serpentina
Rauwolfia serpentina is a safe and effective treatment for hypertension. The plant was used by many physicians throughout India in the 1940s and then was used throughout the world in the 1950s, including in the United States and Canada.Uses For rauwolfia alkaloid. Rauwolfia alkaloids belong to the general class of medicines called antihypertensives. They are used to treat high blood pressure (hypertension). High blood pressure adds to the workload of the heart and arteries.Chemical composition. Rauvolfia serpentina contains dozens of alkaloids of the indole alkaloid family, including ajmaline, ajmalicine, reserpine, and serpentine, among others.Rauvolfia serpentina is an erect, glabrous, perennial shrub and is the source of many important alkanoids of medicinal value (Alagmir and Ahamed, 2005). It is evergreen plant with maximum height of 1m found in terai and hilly region of Nepal upto the altitude of 1200 m. Its stem is dry and white with long leaves.

Zingiber officinale
Ginger (Zingiber officinale) is a flowering plant whose rhizome, ginger root or simply ginger, is widely used as a spice or a folk medicine.It is a herbaceous perennial which grows annual stems about a meter tall bearing narrow green leaves and yellow flowers. Ginger is in the family Zingiberaceae, to which also belong turmeric (Curcuma longa), cardamom (Elettaria cardamomum), and galanga. Ginger originated in the tropical rainforest in Southern Asia.

Biochemistry
The characteristic fragrance and flavor of ginger result from volatile oils that compose 1-3% of the weight of fresh ginger, primarily consisting of zingerone, shogaols and gingerols with [6]-gingerol (1-[4′-hydroxy-3′-methoxyphenyl]-5-hydroxy-3-decanone) as the major pungent compound. Zingerone is produced from gingerols during drying, having lower pungency and a spicy-sweet aroma.

Ginger is very effective to relieve dizziness, menstrual pain, arthritis pain, motion sickness and weight loss.Usually herbs which are Grahi (absorbent) are not useful in constipation. But Ginger is an exception. For this, Bhavaprakasha says that ginger is absorbent for sure and is a mild laxative. It helps to break down the stool mass but does not help in its expulsion (na tu mala patane)Difference between fresh ginger and dry ginger (ginger powder):

Ardraka – Wet Ginger – Rooksha (Dry) + Ushna (Hot)Shunti – Dry Ginger – Snigdha (unctuous, oily) + Ushna (hot)Wet ginger is dry and dry ginger has some oiliness or unctuousness in it.Wet ginger – Bhedini – can cause diarrhoea or more useful in constipation.Dry ginger – Grahi – absorbent, bowel binding, useful in IBS. It also relieves constipation, but not so useful as wet one in relieving constipation.Wet ginger is usually used for short period of time. This is because of its dryness (lack of oiliness).Dry ginger is Snigdha – unctuous, oily hence tolerable for long period of time. Hence, can be used for long time.Effect of wet ginger is seen more on stomach and intestines.Effect of dry ginger is seen both on stomach-intestines (Jatharagni) and at tissue level (Dhatvagni).

Piper nigrum
Black pepper (Piper nigrum) is a flowering vine in the family Piperaceae, cultivated for its fruit, which is usually dried and used as a spice and seasoning. When dried, the fruit is known as a peppercorn. When fresh and fully mature, it is approximately 5 millimetres (0.20 in) in diameter, dark red, and, like all drupes, contains a single seed. Peppercorns, and the ground pepper derived from them, may be described simply as pepper, or more precisely as black pepper (cooked and dried unripe fruit), green pepper (dried unripe fruit) and white pepper (ripe fruit seeds).

Biochemistry
Piperine – 5 – 10 % – present both in white and black pepperPiperethine, Piperolein A,& B, feruperine, Dihydroferuperine, Citronellol, Cryptone, Dihydrocarveol,a-b acid, Piperonal, Camphene, B- Caryophyllene, B- alanine, Pipecolic, vitamins A, C, E, K, niacin and β-carotene; and traces of minerals such as iron, calcium, phosphorous.

Piper longum
Long pepper (Piper longum), sometimes called Indian long pepper (Pipli), is a flowering vine in the family Piperaceae, cultivated for its fruit, which is usually dried and used as a spice and seasoning. Long pepper has a taste similar to, but hotter than, that of its close relative Piper nigrum – from which black, green and white pepper are obtained.

Biochemistry
Although these fruits are reputed to contain high amounts of ascorbic acid (vitamin C), up to 445 mg per 100 g, the specific contents are disputed, and the overall bitterness of amla may derive instead from its high density of ellagitannins, such as emblicanin A (37%), emblicanin B (33%), punigluconin (12%) and pedunculagin (14%). It also contains punicafolin and phyllanemblinin A, phyllanemblin other polyphenols, such as flavonoids, kaempferol, ellagic acid, and gallic acid.

Terminalia chebula
Terminalia chebula, commonly known as black- or chebulic myrobalan, is a species of Terminalia, native to South Asia from India and Nepal, east to southwest China (Yunnan), and south to Sri Lanka, Malaysia, and Vietnam.

The combined pharmacological action of all the above drugs in Ocimums Mukta Vati mutually potentiated by drug synergism makes it the perfect Ayurvedic remedy in obesity and its complications like Diabetes mellitus Type II, hypertension and hyperlipidemia. It also has some antioxidant activity and also is rejuvenative. Being completely natural, it can be taken safely without fear of serious adverse drug reactions.